The Easiest way to increase Profits of Small Businesses 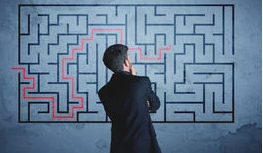 Productivity is the ability of companies to complete more work, sell more produce & deliver more in less time or with less effort or cost, making this the easiest way to increase your profits. This could be a Receptionist who is be able to answer more calls every morning than her work colleagues, or a saleswoman who is able to make more car sales than other salespeople, or a finance team who is able to complete all their monthly finance work in 3 weeks instead of 4.

Productivity is a core component of any company’s profitability, small or large company and research has shown that small companies rarely even bother to measure the productivity of their staff, let alone encourage, reward and foster it. Clearly companies who do more (sell more, produce more, create more and deliver more) with less time, cost and effort are also not only more profitable, but much more valuable as well.

Clearly there is always a minimum level of acceptability in the staff to be more productive; A saleswoman who discounts more of the car she sells is not comparable to another sales person who is selling them at full price and if the finance team is invoicing all the sales correctly each month in 3 weeks instead of 4 weeks, but is doing so because they are not spending any of their time chasing up all the invoices and letting customers pay their invoices later, is clearly not doing their finance work properly.

So, how do Small Businesses increase their productivity, train their staff to be competent, better at doing their job and more productive? In the case of the saleswoman, you could ask her to train up the other sales staff and share her tips on why and how she manages to sell more cars, or you could help make all the sales staff more productive by reducing the paperwork they each have to do and employ a junior member of staff to do it all for them so releasing your sales staff to spend more time doing sales. Or a small company could train all their finance team how to use their IT better, use pre-prepared month-specific spreadsheet templates rather than create brand new templates each month, or transfer all your customer over to electronic payments and so avoid cheques being “lost in the post”. Both these ideas would increase Productivity.

Small companies in the UK under value training and even worse substantially under estimate how much the impact training someone to do their job much better can have significant increases in the amount of work they can do, in less time and with less effort, so the trained staff become more Productive.

Small company Directors tend to see the cost of the IT training first, rather than the benefits that extra training can bring, by increasing either staff competence to do their work, probably because IT training involves them having to authorise an external payment to the training company rather than measuring how much faster or better or more thoroughly the person who has been trained can now do their job.

Also I think Small Company Directors tend to prefer recruiting someone from outside the company who is more qualified and is able to do the finance work better than their current finance staff can, to spending money on training their existing staff, which tends to be much, much cheaper and more effective in the long run as the trained person returns to the company and shows her / his colleagues how to work Smarter as well as her/ him.

Improving Productivity in any company can significantly improve the skills of individuals and whole teams to do their job better, because they learn to do their current work and the extra work required as the company grows more efficiently, as they learn how to work individually and together much better and so training existing staff is often a much better solution than taking on an extra member of staff. It can be small things which make staff or whole teams work better, from small adjustments like changing their lighting or other aspects of their work environment, to larger adjustments such as having them well managed or well trained or very creative / innovative, able to solve new problems or develop new solutions for Customers easily.

This is exactly what allowed Henry Ford to create the first Production line in the 1920s. Previously each man built one car each, from start to finish and Ford realised it was much more efficient to allow each person to specialise / focus on doing just one part of the car manufacturing or assembly, move the cars along a production line and then everyone gradually got much, much better at doing just one job as the car moved along, instead of all of the men doing all of the jobs, so they ended up producing many, many more cars. (Ford also went on to increase the speed of the production line as well, Lol ).

In the same way, having each person in your company specialise in doing one job for the whole team, it allows them to become an expert in that job, perhaps learn to use some new technology better, perhaps change the layout of their work space, rearrange the sequence of that work, so their job gets done with less effort / waste and more quickly.

So, if everyone in the team specialised and learnt how to do that one part of the job better and with less effort, they would not only feel better at how much better they were at their job but they would also be doing that job better, more efficiently and could do their job more and more each day. After WWII Production lines became adopted around the world as they were so much more efficient, they used much less effort, reduced time wasted and allowed companies to produce significantly more cars.

Gradually service companies realised how teaching people to specialise in doing one part of the job for the whole team or company allowed the company to serve many more services to many more customers and much more profitably.

Now, with significant advances in 21st Century technology and the adoption of working practices to use new technologies, small companies can again significantly increase their output, reduce a lot of staff time wasted and have their teams operate better together, work smarter and be happier and more loyal doing so. Make more, Sell more and Deliver more with no extra cost, Work Smarter NOT Harder and make more profit, it is that easy,